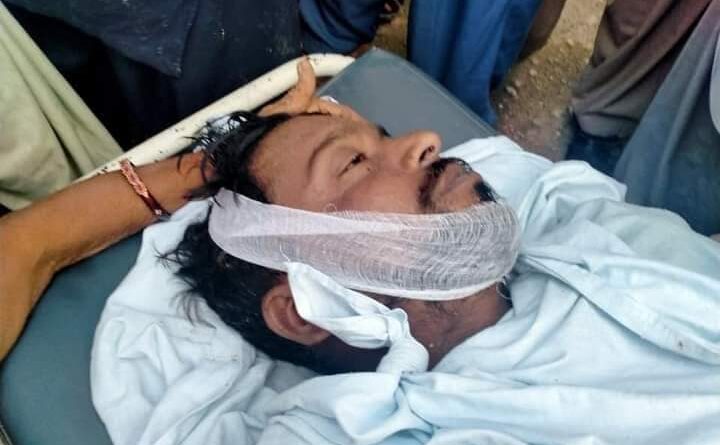 Town Committee’s daily wage sweeper, Sunny, met his death under the most tragic circumstances in Sanghar. He was a permanent employee with a ten-year tenure of service. Sunny along with another co-worker was made to work with heavy machinery under less than favorable circumstances. This did not fall under his job description or expertise, nor did the wages reflect the strenuous work he was made to do.

In the incident that took place, Sunny was forced to go down a manhole to clear a suspected pipe blockage. He had no prior experience in this and his wife claims that Sunny did not even possess the basic expertise of clearing a sewer pipe, let alone being made to enter a manhole to fix a pipe blockage. No preemptive search was conducted to first detect and understand the nature of the problem so that any precautionary measures could have been taken accordingly.

Sunny was not provided with any protective gear such as a mask to prevent toxic fume inhalation, which may be viewed as a predictable, foreseeable, and necessary step of caution that should have been taken. As a result, Sunny inhaled poisonous gas which left him unconscious. He was barely breathing when he was pulled out yet immediate medical attention could have helped him. Nearby rickshaw and other transports did not cooperate in taking Sunny to the hospital timely, and after much delay when he was finally taken to the hospital, the medical staff in attendance did not treat him with urgent medical care. Consequently, Sunny tragically died under foreseeable and treatable circumstances that could have been prevented if it were not for operational and medical negligence.

But those funds are barely sufficient for a lifetime ahead and Sunny’s family deserve a sustainable source of livelihood, which they would have had if Sunny had been alive. His death has robbed them of their future and security, leaving them to mourn his loss as they struggle financially, while awaiting compensation.